The previous sets of worksheets are on complementary and supplementary pairs of angles.

Other pairs of angles in simple words: 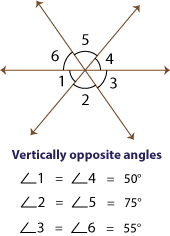 Two adjacent angles whose sum is always 180 degree form a linear pair. They can also be called as supplementary angles. 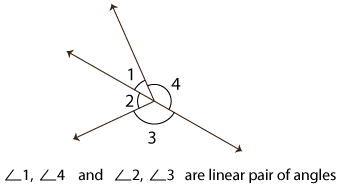 All you need to do now is to just print all these worksheets and work on them. Only when you are thorough with these concepts, you can understand corresponding and alternate angles. Also, these pairs of angle are very important to find the missing measures of angles in interior and exterior angle concept.

Identify and differentiate the different pairs of angles, find the missing measure of angles, solve equations and word problems in these free pintables. Examples are shown wherever necessary.

Find the value of x 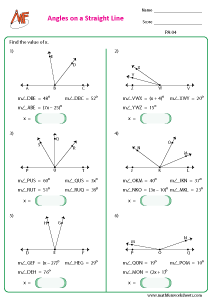 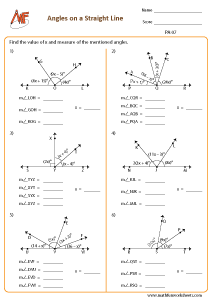 Check if the pair of angles are adjacent 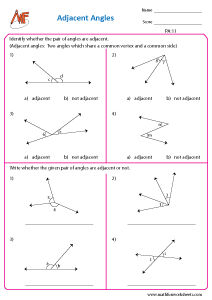 Identify the pair of adjacent angles 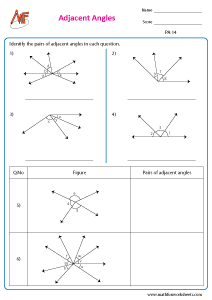 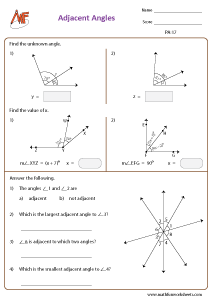 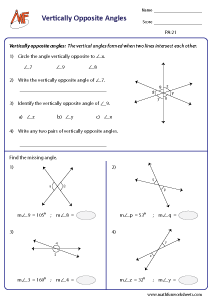 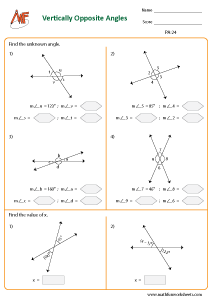 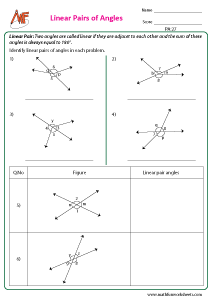 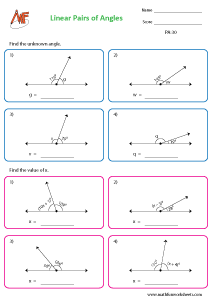 Identify the pair of angles 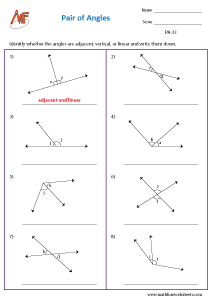 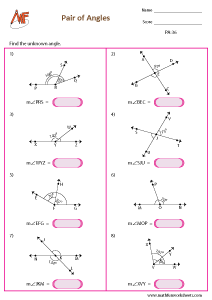 Find the value of x - pair of angles 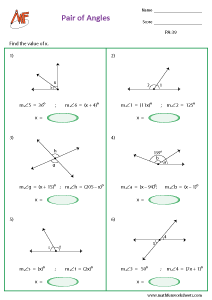