Our crisp and clear charts, worksheets and activities on odd and even numbers make kids understand and differentiate them. There is a thumb rule to find out if the given number is odd or even.

The same rules are followed to check even numbers. Eg. 1,429,876. Choose the last number. Three times two is 6. Thus 1,429,876 is an even number. Learn skip counting and number patterns along with odd/ even numbers. Its interesting and fun filled!

PRINTABLE WORKSHEETS FOR ODD & EVEN NUMBERS 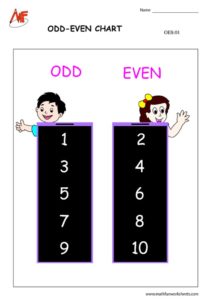 Write odd or even 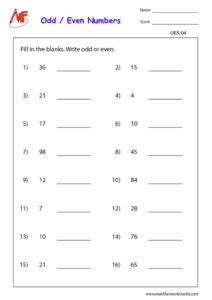 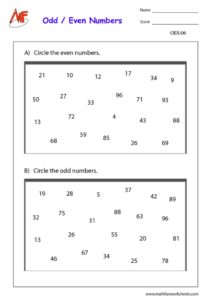 Sum the numbers and find odd / even 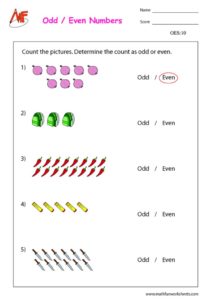 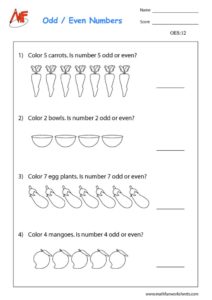 Count & write odd or even 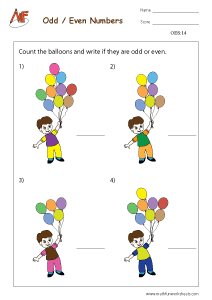 Sort the odd and even numbers 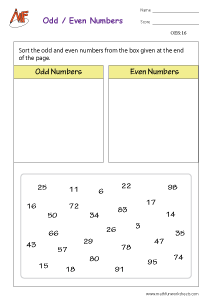 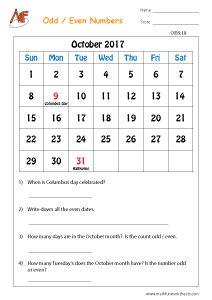 1) What is the definition of even and odd numbers?

Any number which is divisible by 2 and leaves no remainder or which can be equally grouped are all even numbers. All the other numbers are odd, which means they are divisible by 2 but they leave a remainder. You can never split them into equal groups.

2) How to check if a number is an even or odd number?

3) What are the examples of even and odd numbers?