Measuring angles is much easy after we started to use a mathematical tool, the protractor. In these printable measuring angles worksheets, we will learn to measure angles using a protractor. We have already learnt that two rays originating from a common end point form an angle.

The magnitude of an angle is the amount of rotation of one arm about the vertex to bring it to the position of the other arm. One complete rotation of a ray about a point is divided into 360 equal parts. Each part is considered 1° (one degree).

Measuring an angle using a protractor in anticlockwise direction:

The same procedure is followed for measuring an angle in clockwise direction, but here the outer scale is used to measure the angle.

Download all the worksheets and learn to measure angles in a simple way. 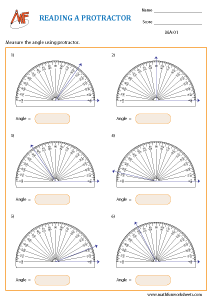 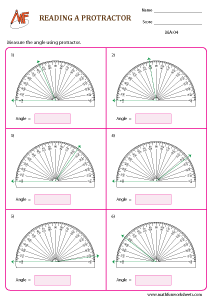 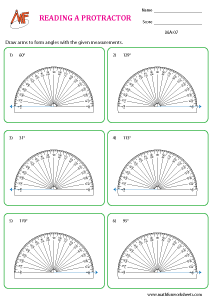 Measure of the angle 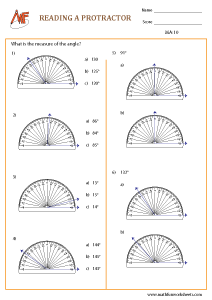 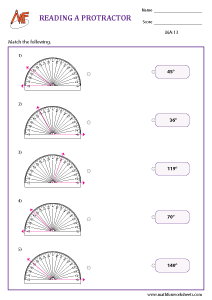 Measure the given inner angles 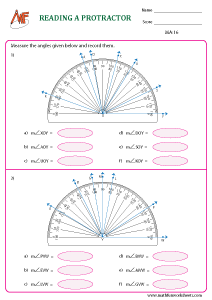 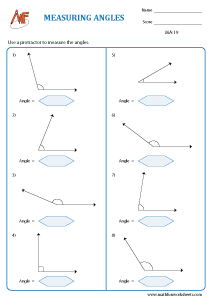 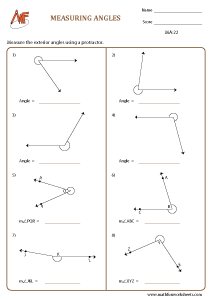 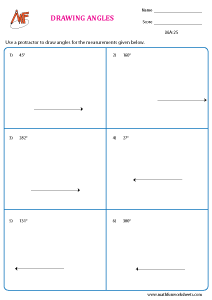 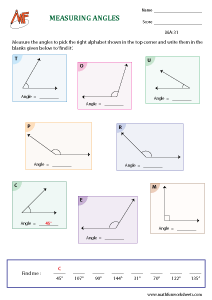 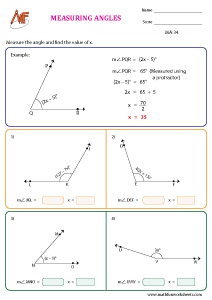