Ordinal numbers are used to describe the way or order in which a collection of objects are arranged, generally, one after another. Consider there are 15 students in Grade 1. The teacher makes them to stand in the increasing order of their heights.
Now ask the following questions:

Who stands the first?

Who stands in the eighth position? 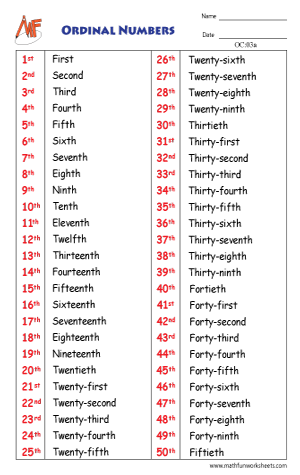 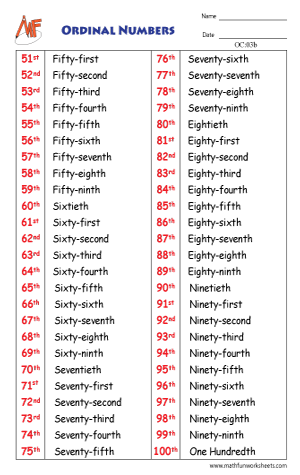 Cardinal numbers, as the name implies, refers to or measures the cardinality of sets. Cardinality is the number of objects in a set. For more cardinality worksheets, follow the link given below. 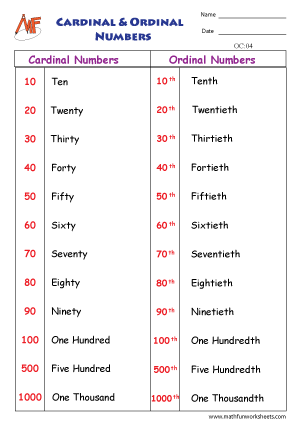 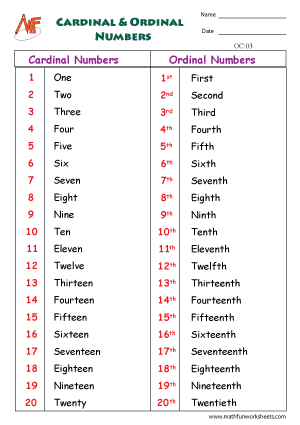 Cardinal numbers from 1 to 100 are given under number charts and number names charts.

By now, you should have learnt ordinal and cardinal numbers. But, you should understand how to use them. We have free worksheets for download.

Download pages on match the following activity, unscrambling ordinal and cardinal numbers, writing numbers in words, word search activity, crosswords and coloring sheets. Practical use of numbers is illustrated by solving word problems. Here are three worksheets on ordinals and three worksheets on cardinals. Each worksheet has five problems. Use the preview button to have the glimpse of the worksheet and hit the download button to print them.