Engage your kids during lockdown.

How many of you know if your kids have started recognizing numbers?

Its only when they learn to compare numbers. Recognizing numbers starts with finding the similarity and dissimilarity between them. Compare Numbers using the greater than (>), lesser than (<), and equal to symbol. Click on the link given below to download our comparing numbers worksheets. A preview of a few worksheets are shown below. 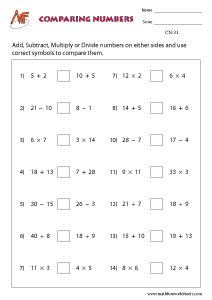 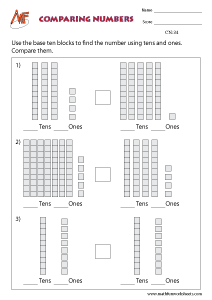 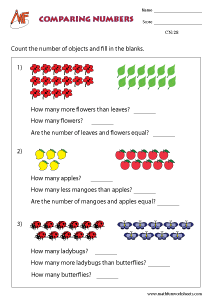 We have also shared the the links to the topics Number Charts and Counting & Cardinality which can be used by parents, homeschooling moms and teachers as pre- practice worksheets which would refresh your kids mood in this Covid19 brekadown before they start to compare numbers. 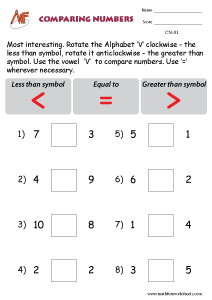 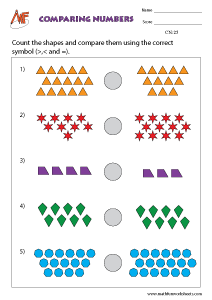 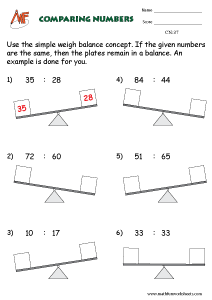 Similarity
can be easily identified and is represented using the equal to symbol
(=). The numbers are same on both the sides. Eg. You have 5 pound of
Oranges and 5 pound of Apples. Which symbol would you use here?

Since
both the numbers are the same, we use the equal to (=) symbol.

There are a lot of practice worksheets and activities. Attractive charts, counting and comparing worksheets, coloring pages, weigh balance concept sheets, multiple choice questions, the use of 4 basic operations to compare numbers, exercises using base ten blocks and many more skills are here for children. Download them all and make the best use of them!!! 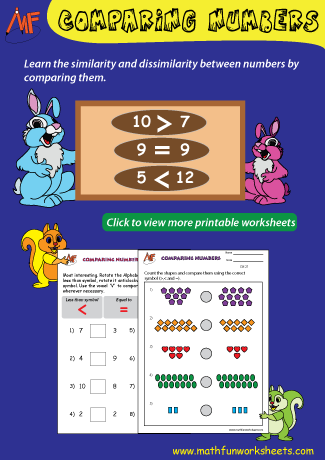 1 thought on “Complete lockdown. Don’t know how to engage your kids? We have something interesting today. A new simple topic.”